Why the Pixel 5 just got interesting 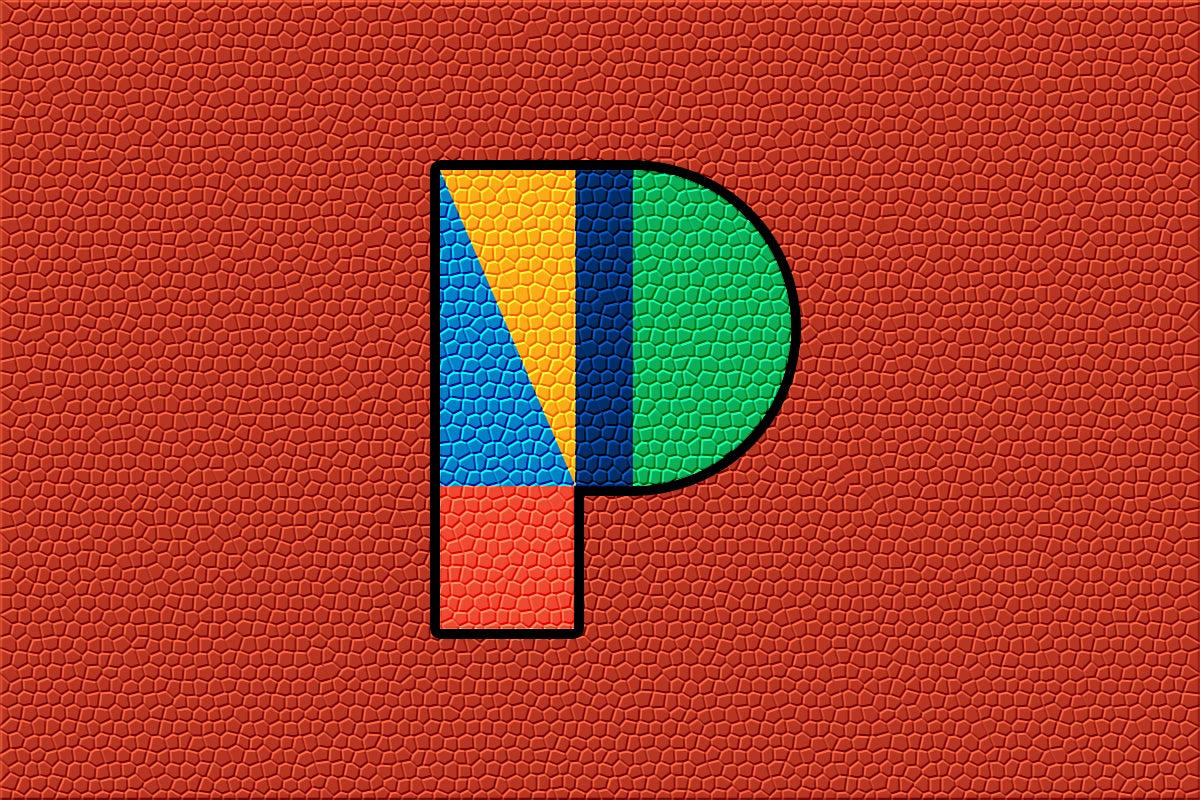 Allow me to take your mind off more pressing, serious matters for a moment to consider something of little global consequence here in the land of mobile tech. Any month now, Google will likely unveil its next self-made Android phone, the midrange Pixel 4a. And then, later this fall, we’re bound to see the next full-fledged, top-of-the-line Google flagship — the Pixel 5.

I’ve said before that the Pixel 4a has the potential to be Google’s most interesting phone of the year, much like the similarly ho-hum Pixel 3a proved to be the company’s most significant device of 2019. As I observed at the time of the 3a’s arrival, the most important announcements often aren’t the most exciting ones.

Well, now, a new set of observations suggests the Pixel 5 could actually have more in common with Google’s midrange phone line than you’d think. And as a result, the phone is suddenly accomplishing two seemingly conflicting things: It’s looking a lot less exciting to certain people — and looking a lot more interesting and potentially important to those of us focused on the bigger picture.

From the get-go, Google’s Pixel line has been about providing flagship-caliber, high-end Android experiences. The Pixel 3a forked that mission, of course, but the primary Pixel flagships have always been positioned — and priced — as top-tier, flagship-level phones.

Now, however, some discoveries deep in Google’s under-development code makes it look like the mission and the accompanying positioning of the Pixel brand may be making a subtle but significant shift.

Here’s the context, in case you haven’t yet heard it: The gang from 9to5Google got their hands on a pre-release version of what seems to be Google’s Pixel 4a Camera app. They studied the code closely and found what appears to be a series of references to the upcoming Pixel 5 phone, which is presumably being developed with that same core camera software.

The details from there get a bit technical, but the short version is that the code suggests the Pixel 5 could end up using a lower-end Qualcomm processor rather than the top-of-the-line chip present in most current Android flagships.

So what does that actually mean, in real-world terms? Well, the answer varies depending upon whom you ask, but basically: It means a lot to a very small subset of smartphone super-nerds — the sorts of tech-minded people who obsess over specs, benchmarks, and knowing that whatever device they buy has the best of everything, inside and out. (No disrespect intended to such folks, either; that term is a badge of honor in my book!)

For the vast majority of phone-owners, though, it means — drumroll, please — absolutely nothing. Nada. Zero. Bupkis. With the right sort of software optimizations and attention to experience, you are absolutely not going to notice or in any way be aware of the difference between a Snapdragon 865 processor — the top-tier chip of the moment — and the Snapdragon 765G, the power center now believed to be present in the upcoming Pixel 5.

(If you want the full technical explanation of the differences between those under-the-hood elements, you can find a good overview here. But if anything mentioned on that page actually matters to you, well, let’s just say you definitely fall into the first category described above.)

Where it could matter broadly is in price: By going with a cheaper chip, Google could conceivably lower its Pixel 5 price down from the line’s current $800 starting point to, say, maybe somewhere in the ballpark of $600 or $700. And that seemingly little shift could make a world of difference in how the phone is perceived — and ultimately, if Google plays its cards right, in how well it sells.

As is often the case in these quarters, there’s an almost eerily appropriate historical analogy to think back on for perspective.

We tend to think about the 2016 Pixel phone as being Google’s first self-made Android device, but Google actually released its first phone developed completely in house three years earlier — in 2013.

That’s when the first-gen Moto X came into the world. At the time, as you may recall, Google owned Motorola. And when the Moto X was announced, lots of tech heads were quick to write the device off for its less-than-stellar specs and not-top-of-the-line internals.

The phone’s processor is the perfect example: The Moto X caught tons of flak for having a mere dual-core processor at a time when high-end flagships were moving to the newer, more exciting-sounding quad-core standard. But guess what? The Moto X actually felt faster in real-world use than most of its quad-core contemporaries.

It was an important lesson in the notion that specs were no longer everything. What matters more than the model of the chip inside a phone is the way the company making the device uses that chip along with software and other elements to create an effective real-world usage experience. As I wrote at the time, “instead of worrying about how the spec sheet might look, Moto just created a setup that delivers.”

And if you’ll allow me to quote my favorite writer a teensy bit further:

If you’re looking for specific isolated pieces of technology … the Moto X probably isn’t the phone for you. It’s by no means a perfect device, and there are absolutely individual areas where other smartphones come out ahead.

But if you’re looking for a thoughtfully designed phone with genuinely compelling features — and, most important, a cohesive and outstanding overall user experience that’ll delight you from the moment you pick it up — you’ll be hard-pressed to find another product that matches what the Moto X provides.

Now, let’s give Google the benefit of the doubt and assume it manages to create an exceptional user experience consistent with what we’ve seen from past Pixels in its Pixel 5 phone. Substitute “Pixel 5” for “Moto X” in the paragraphs above, with the assumption that everything we believe about the phone now ends up being true, and those two paragraphs written in 2013 almost feel like they could be talking about this year’s coming Google flagship — don’t they?

There are certainly plenty of “ifs” involved at this point, and here’s one more: If Google manages to pull all this off while also selling the phone for $600 to $700, it’d be going up against companies like OnePlus instead of competing for attention against the latest Galaxy gizmos. The premium phone market, especially in America, is notorious for being tough to compete in unless your brand name rhymes with Phlamsung or Schmapple. But that upper-middle-tier area — where phones are premium in nature but not quite hitting the every-bell-and-whistle-imaginable, no-piece-left-behind top-shelf positioning — is somewhere a company like Google could conceivably have a decent shot at finding its footing.

And there’s something else critical to consider.

Remember, despite recent progress by some Android device-makers, Pixel phones are still in a league of their own when it comes to timely and reliable software updates — a factor that savvy phone owners know means more over the course of a phone’s lifespan than any single spec or external element. Critically, Pixel phones are also the only Android devices to come with a guaranteed three full years of ongoing operating system updates, which significantly increases the value they provide over the time that you own ’em.

We did some smart math on that subject with an $800 Pixel phone last year and found that, even at that price, a Pixel ended up coming out to roughly $22 a month over its three advisable years of ownership. If the Pixel 5 were to provide the same three-year update guarantee at $700, its actual per-month cost would drop to $19. At $600, the phone would effectively cost you a mere 17 bucks for every month that you keep it (assuming, as in all of these cases, that you keep it for the full three years that it’s actively receiving updates and not for any longer).

Now compare that to a device like the Galaxy S20, which starts at $999 and gets only two years of guaranteed operating system updates: With that phone, you’re looking at $42 per month over its period of advisable ownership — the two years that it’s being kept current and receiving support. That’s more than double the per-month cost of the Pixel at that hypothetical $600 to $700 price point.

Heck, even a phone like the current OnePlus 7T would struggle to compete with the Pixel 5’s theoretical value. With two years of guaranteed updates, the $599 OnePlus 7T has a cost of roughly $25 a month over the course of its advisable ownership. Despite matching the low end of our speculative Pixel 5 pricing, even that aggressively priced phone can’t come close to hitting the Pixel’s overall value with that extra year of software support Google provides.

And you know what else? With that type of value in mind, any minor misgivings about the phone become a heck of a lot easier to forgive than they are in the $800-and-up range.

Last year, I pointed out the parallels between Google’s position with the Pixel 3a and what the company had accomplished years earlier with the Moto G — a phone that similarly seemed boring on the surface but managed to provide an unmatched level of quality in its domain and ended up being Motorola’s best-selling smartphone ever.

Now, I’m wondering if the Pixel 5 could effectively be the company’s Moto X moment — the shift away from trying to play the typical flagship game and instead toward a model focused on exceptional experience in a sensibly balanced package. It’s a different way to think about a “flagship” phone in 2020, and I can’t help but wonder if it’s one that could work.

Maybe, just maybe, this time could be different — and maybe this time, Google’s gamble could finally pay off.